CURRENT WEATHER IN THE AREA
NO WEATHER WARNINGS
CLOSE [X] 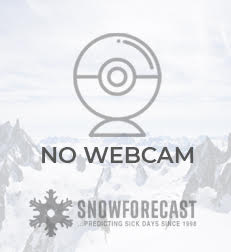 Winds W at 12 to 21 mph with gusts to 33 throughout the day and into overnight.

Soldier Mountain Ski Area Discussion
NEWEST DISCUSSION Updated Discussion Wednesday Dec 01, 2021 - Very benign pattern with a high pressure dominance through Friday with mostly sunny skies and mild temperatures, no real snow making potential seen.... Temperatures will mostly be milder than average. Saturday and Sunday (4th-5th) we see a storm clip the area, bulk to the north, with increased winds, some clouds, maybe an isolated snow shower. Monday and Tuesday (6th-7th) A better looking low pressure system sweeps through with some more moderate snowfall totals (stronger dynamics overhead, colder air, more moisture). A stronger system is on track (from the longer range outlooks) to affect Bogus Basin and all of Idaho late next week (9th-10th, Thu-Fri). LONGER RANGE - Busy with frequent storms/ snow through mid-December and beyond, small breaks now, should see more regular snowfalls. More detail to come.... OLDER DISCUSSION Updated Discussion Thursday Nov 25, 2021 - Very benign pattern with a high pressure dominance. Temperatures will mostly be milder than average. A shot of light and brief snow moves through late morning/ afternoon tomorrow (Friday the 26th), just a dusting for now (there is some hope in the longer range outlook for December). High pressure ridging builds in strong and mostly dominates through the weekend and into next week, with not much other than brief base elevation snowmaking potential thanks to inversion layers, where the colder air sinks and settled in the lower and flatter areas (base) and leave the adjacent higher/ sloped terrain warmer, in this case warmer than "freezing". LONGER RANGE - Dominated by high pressure into early December, when we see a shift to large-scale low pressure systems. This shit may wait a week into December to occur, or happen within the first few days, I will be watching and updating. La Nina is expected to help produce ood snowfall this winter, once winter really kicks in to stay, possibly in December. OLDER DISCUSSION Updated Discussion Friday Nov 19, 2021 - Heavy moisture low-pressure is moving through with some moderate good base-building snowfall at Bogus Basin. This system is causing heavy showers and snow to the north (1/2 foot for the mountains across north Idaho). At Bogus Basin, it looks like 4" of new snow has been exceeded as of last check (10am Mountain Time). High pressure ridging builds in strong for milder air (loss of snowmaking for much of the mountain, briefly) Sunday and Monday. It looks like next Tuesday (24th) through Thursday will be off and on (more on) "snowy" as a series of storms moves through. This series of storms should be good for another 1/2 foot or more of snow at Bogus Basin for the Thanksgiving weekend. I will watch to see how this shapes up. LONGER RANGE High pressure ridging is still in the picture enough to keep some snow level issues with the weaker systems that move through, though, as stated above and in the last weeks discussions even, it looks like we should some major changes the day before Thanksgiving, and through Thanksgiving weekend, with much colder air, very wintry, along with significant snowfall. By December 1st-ish, after some weak systems mixed with sun after the Thanksgiving storms, we should see major trough low pressure systems hit the west more frequently, for more snow at Bogus Basin. Meteorologist/ Chris Manly. OLD DISCUSSION Updated Discussion Sunday Nov 14, 2021 - Today and Monday expect High pressure ridging, with warmer temperatures under mostly sunny skiesâ€¦. A cold front blasts through Monday night, with a shot of light snow late Monday/ early Tuesday, followed by post-cold frontal drier and MUCH colder air, allowing for some great snowmaking conditions for about 48 hours. On Thursday and into Friday another storm moves in, with another shot of some cold air, but the bulk of the storm remains to the north. LONGER RANGE Expect some strong high pressure ridging after the coming weekend, with warming temperatures and not much happening. It looks like we could see some major changes the day before Thanksgiving, and through Thanksgiving weekend, with much colder air, very wintry, along with significant snowfall. Meteorologist/ Chris Manly. OLDER DISCUSSION Updated Discussion Tuesday Nov 09, 2021 - Today and Wednesday expect a weak-ish low pressure system to move in (dropped heavy moisture across the Sierra Nevada, with snow across the mountain, mostly light to maybe moderate accumulation, and this clears out on Wednesday, with lingering light snow early, and colder temperatures post cold front. Thursday and through the weekend, expect day fairly strong high-pressure ridge to set up across the western US, with milder temperatures, and mostly cloudy skies at times due to some slugs of moisture passing through. These are expected to be capable of dropping some showers, mostly isolated, with high snow levels. LONGER RANGE Next Monday/ Tuesday a low pressure system sweeps through with similar light snow accumulation for Bogus Basin, a break, then late next week, around the 19th, expect the coldest storm so far, with significant snow possible due to good wind flow and much colder air. This one will be a real winter punch. After this system, after the 21st, we may see some strong high pressure ridging, with warming and not much happening. Meteorologist/ Chris Manly.

Snow Maps and Weather Stations in the Area

8in, past 6 days. Snow surface is packed powder

Snowforecast.com does not verify this data. Resorts are resonsible for any errors. 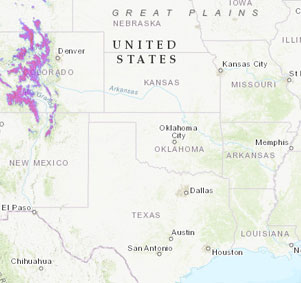