Western US and BC, Canada- Big storm expected to move in the 17th through the 20th… Kingfisher Heli and Revelstoke MR, Aspen CO and Bogus Basin ID, more top to bottom snowfall! 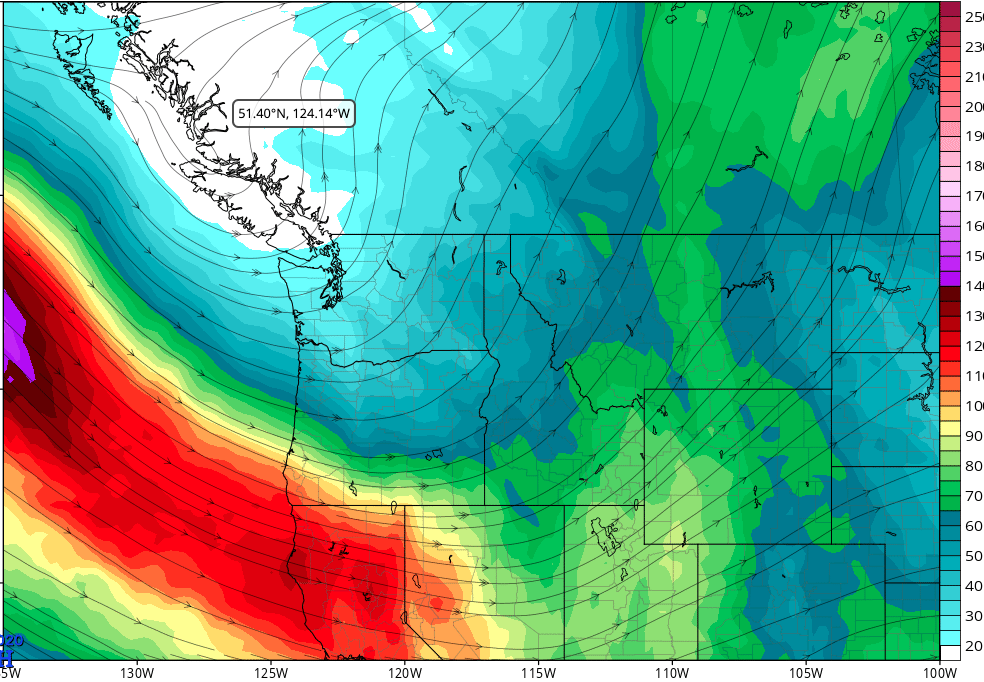 By late next week and weekend, October 17th through the 20th, a strong and colder than usual storm system moves in across the western US and southwest Canada, with significant snow, though snow levels do not look quite as low as the last couple of storms that caused very low elevation snowfall across areas of the inland Northwest (2 snow storms in Coeur d'Alene, Idaho and to Spokane, Washington, who both received several+ inches of snow, the first of which was on September 28th! That snow melted fast, in a day or so, but this latest storm which dropped over 4" of snow at Spokane Airport and similar or more for Coeur d'Alene, Idaho Tuesday night (October 8th), was followed by very unusually cold air, which kept high temperatures in the freezing range on Wednesday, with 1" of snow still on the ground at Spokane airport in northeast Washington (elevation just above 2,000 feet) today (Thursday October 10), after 4" was reported as a snow depth all day Wednesday. So snow has remained measurable and on the ground for 2 days now, another all time record. October 23, 1957 was the last time 4" of snow as recorded as a snow depth, and multi day snow preservation has not been recorded in almost 140 years of records (back to 1881) at Spokane Airport, as far as I can tell. Of course ALL of the resorts saw snow, as we were predicting in several of our weather stories, which are really weather outlooks... Please see below, then scroll down for the charts representing what we see coming late next week and weekend...


Some pertinent weather stories/ weather outlooks that have verified, and the dates published:

August 27, 2019 - http://snowforecast.com/weather-news/tuesday-august-27-2019-weather-discussion-for-aspen-snowmass-western-colorado/ - "Fall weather outlooks for Aspen are coming soon, but a quick glimpse: Colder and more snow than usual this season, with another early start."

September 11, 2019 - http://snowforecast.com/weather-news/taste-of-fall-big-weather-shift/ - "close to the start of October, progressively colder low pressure will then take aim at the western US and western Canada, including Kingfisher and Revelstoke, with snow levels down to 5,000 feet and lower, for some measurable snow to mid and upper mountain Revelstoke/ and most of Kingfisher's Area of Operation. For southern Idaho expect colder temperatures and chances for snow, mostly light still, but possibly to base areas of Bogus Basin in early October"

September 20, 2019 - http://snowforecast.com/weather-news/cold-and-snowy/ - "Our partners at Bogus Basin Idaho, Revelstoke Mountain Resort in British Columbia, and Kingfisher Heli also in British Columbia, are expected to receive significant snowfall between the 26th and 30th of September, best snowfall at Revelstoke, moderate to even heavy for the higher elevations, but snow is expected to fall down to 4,000 feet across the region" -snow was "light" at Bogus Basin


Now back to the big storm late next week and weekend (more detail on snow totals, below):


Because this system looks like it will pass through the Gulf of Alaska and over relatively warmer ocean waters, I do not expect the really low snow levels seen in recent storms that blanketed lowland areas of the Inland Northwest with snow, like the Coeur d'Alene Idaho and Spokane Washington (snow down to below 2,000 feet!) almost freakish all time record early and significant snowfalls. Snow levels should be more in the 4,000 to 5,000 foot range at the lowest, though all resort areas are expected to see snow, possibly more significant this time around. I am thinking 1-2" at the lowest for areas on the fringes of this system (Southern Sierra Nevada in California), to over a foot for favored spots in the northern Rocky Mountains. Bogus Basin should see on the order of 2 to 4 inches of snow between next Friday and Sunday (Oct 18 to 20), and Revelstoke Mountain Resort/ Kingfisher Heli in southeast British Columbia Canada more in the 3 to 6" range (8 to 15cm) from next Thursday through Friday (17th/ 18th), as this storm moves into British Columbia, but will tend to dive south rapidly and not stick around across Canada as long. More detail is coming...